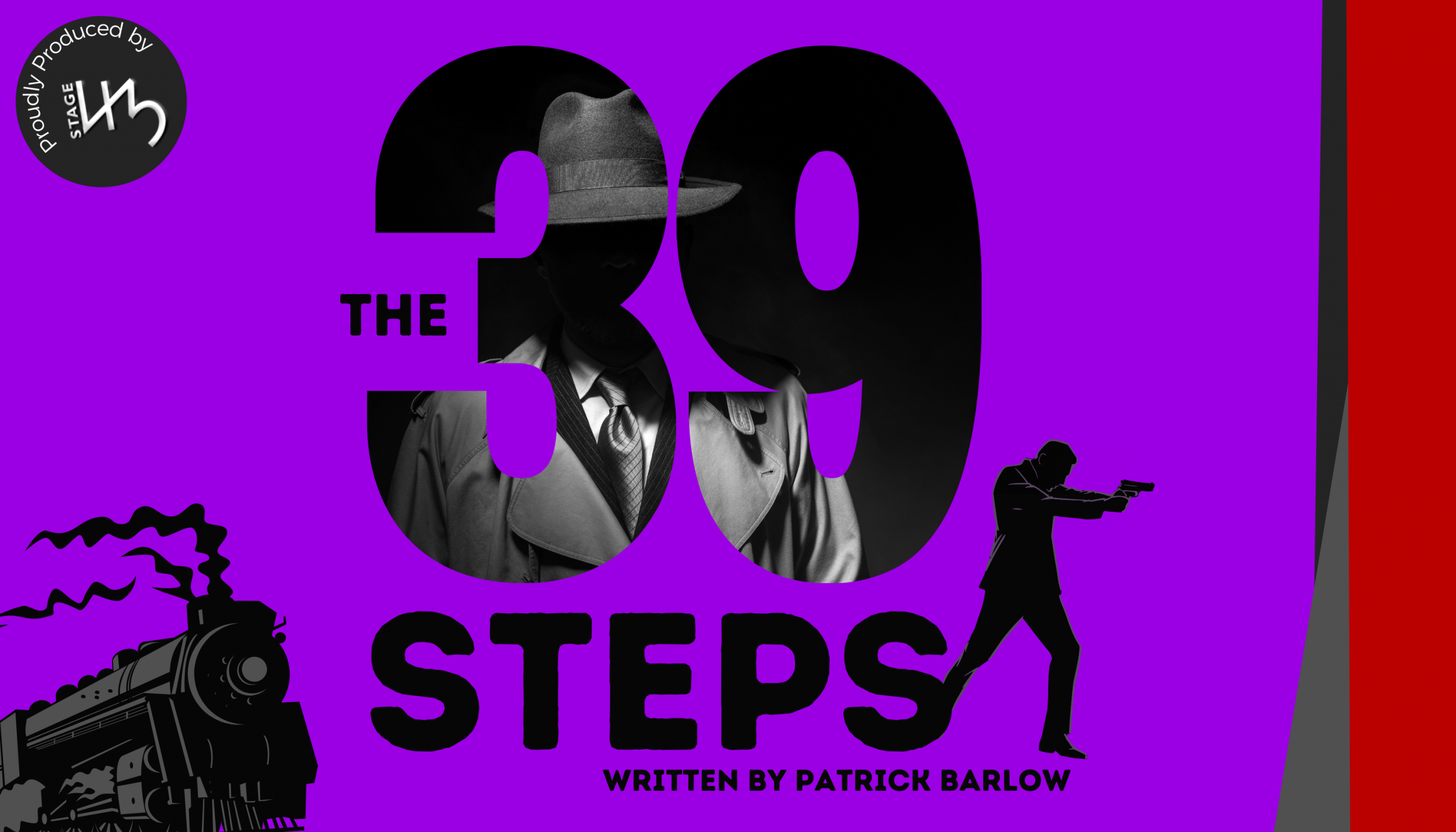 We are delighted to welcome Stage 43 Theatrical Society back to Evergreen! Stage 43’s 39th season opens with The 39 Steps by Patrick Barlow and directed by Wayne Nolan.

A cast of four actors plays over 150 characters in this face-paced tale of an ordinary man on an extraordinarily entertaining adventure. A mixture of a Hitchcock masterpiece, a juicy spy novel and a dash of Monty Python, the show has action, romance, comedy, accents, fake moustaches, real moustaches, missing fingers, and an onstage biplane crash! 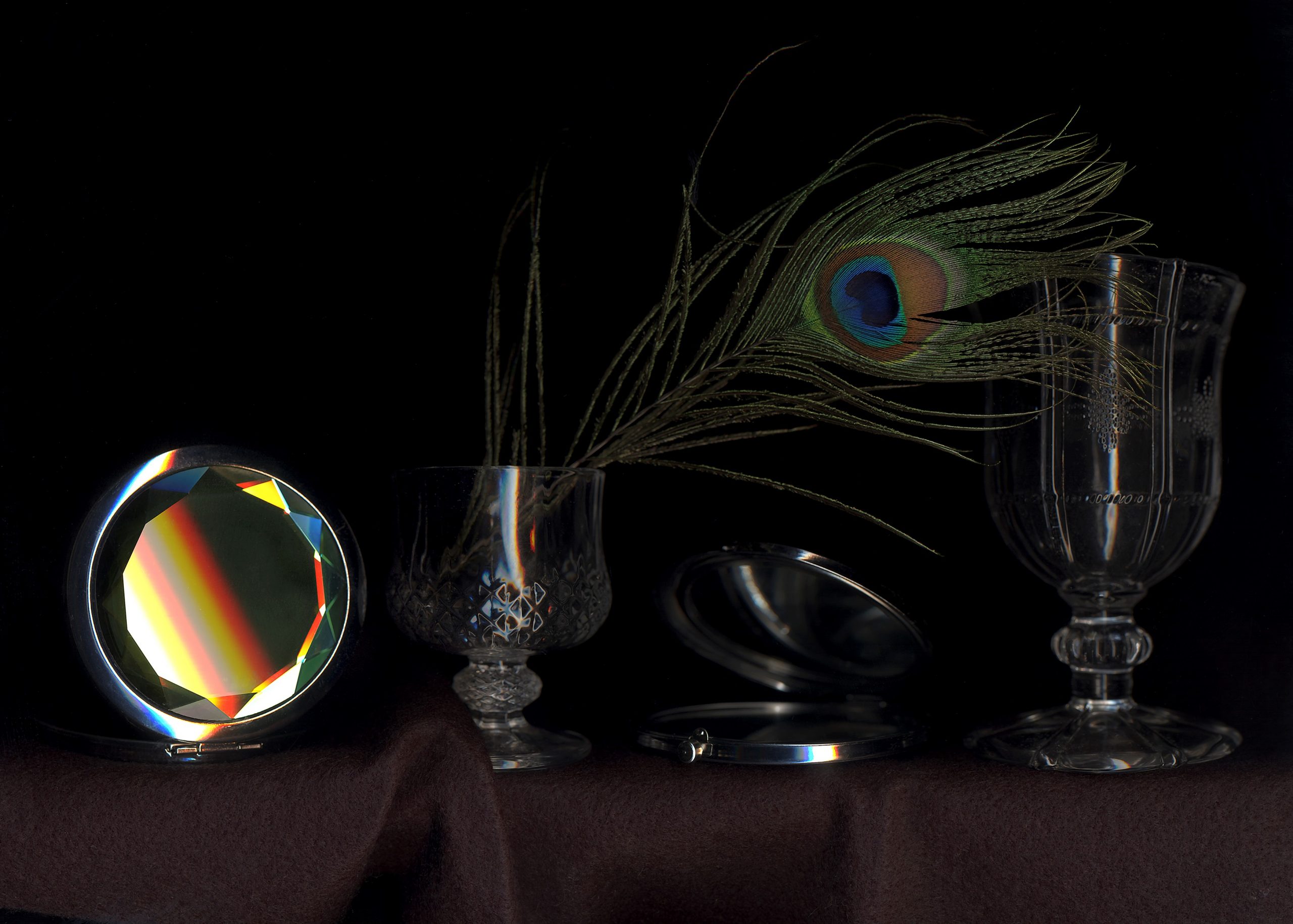 Forged is an exhibition of photography, painting and sculpture by Evan Lee, a Vancouver-based Chinese Canadian artist who explores the limits and possibilities of materials (particularly lens-based media) through experimentation, adaptability and an economy of means—a process that considers the extraordinary within the multitude of mundane, easily discarded and mass-produced objects that occupy our lives. 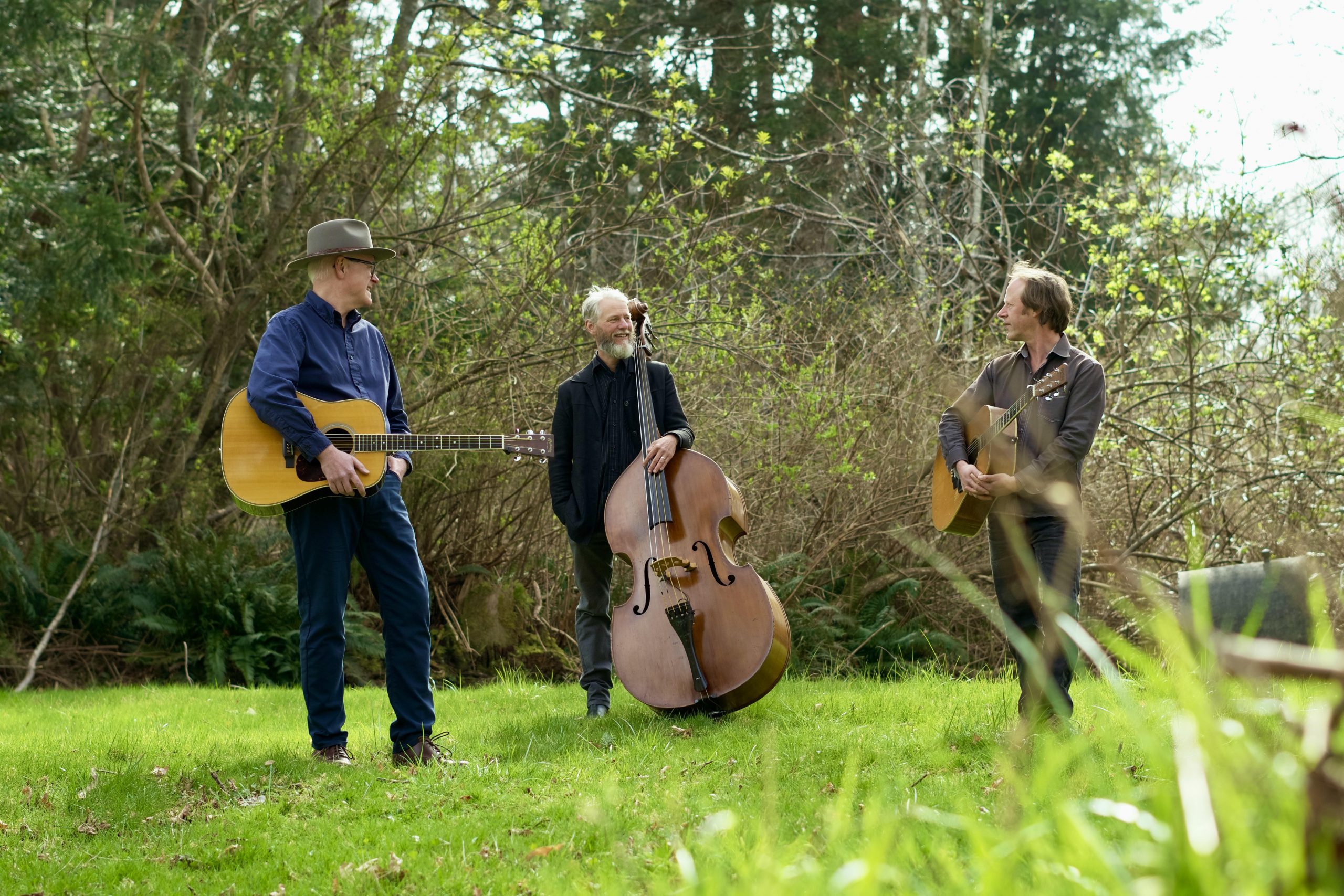 Join John McLachlan for a night of songs by Gordon Lightfoot. John’s original folk songs are hand-woven from his own roots, and the history and salty air of Canada’s west coast. He began performing in folk clubs in Vancouver in 1979 and for 20 years he presented his original songs in hundreds of theatres, festivals, clubs and schools. After a hiatus from touring while he worked as a graphic designer and arts administrator he returned to music in 2014.
Adults: $35  |  Seniors: $32  |  Students: $15
TICKETS ON SALE NOW! 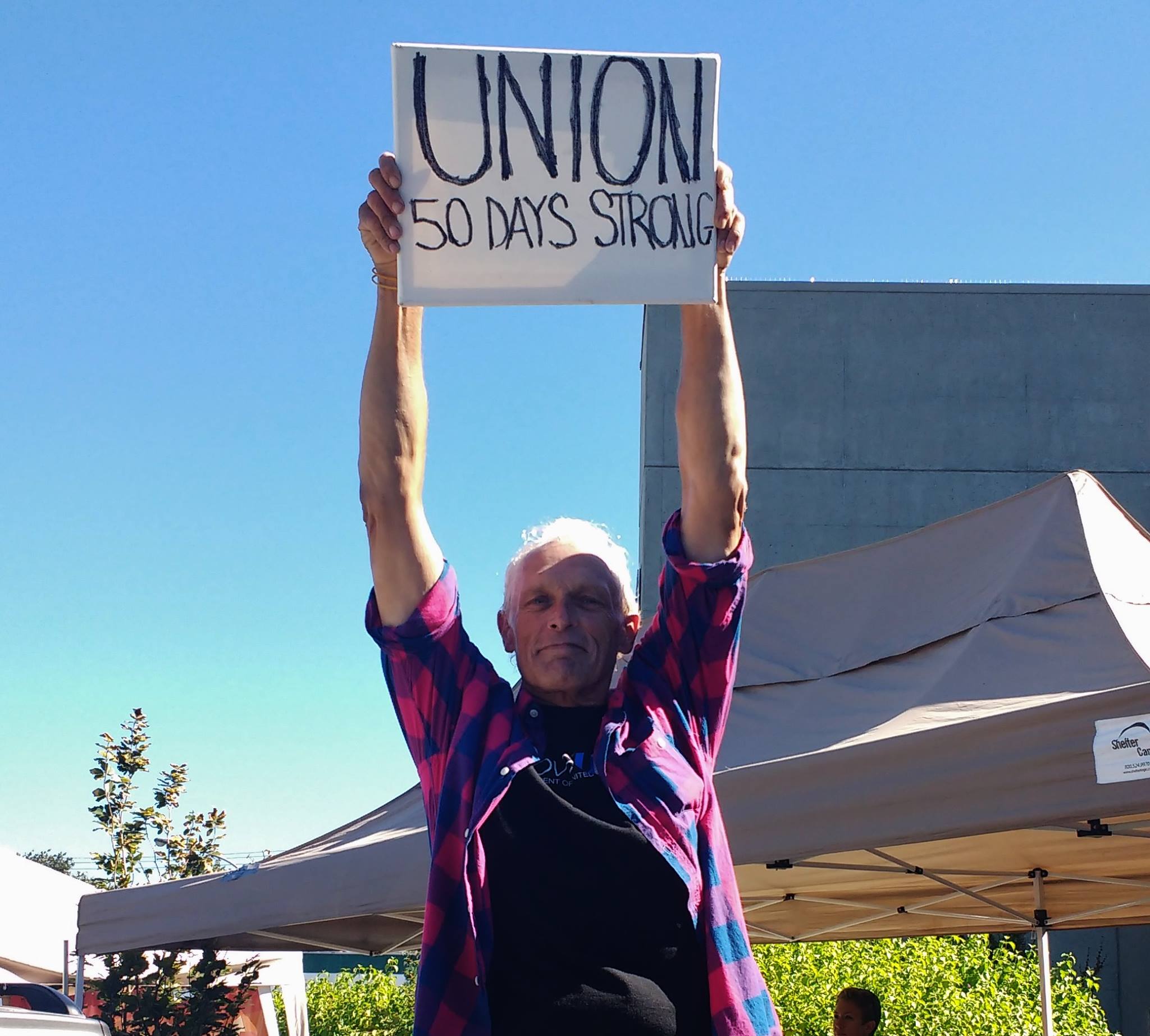 What does an internationally-known, high-profile actor do when the biz hands him lemons? Turn the whole experience into theatre, of course.

Vancouver-based professional actor Allan Morgan hit a dry spell and did what most actors do in that situation; he got another job. Under the direction of Ross Desprez, I Walked the Line is an autobiographical 70-minute solo show tells Morgan’s story of 132 days walking the picket line in sun and rain with his new family of co-workers and friends. It is intimate, passionate play that takes us through those days – some dark, some light. 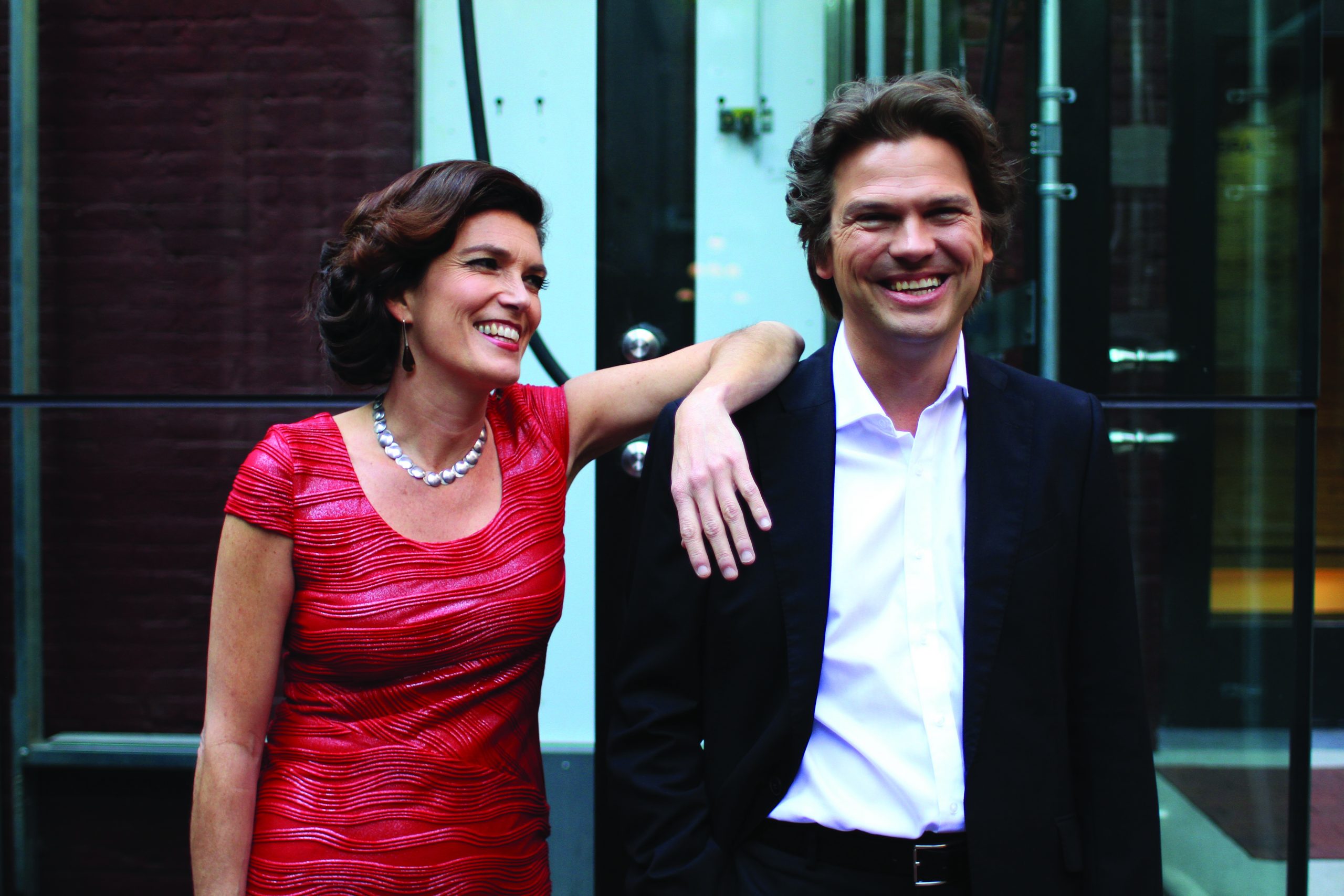 Evergreen’s favourite duo is back with another musical matinée: Oboe d’Amour! The oboe’s characteristic longing and soulful sound has inspired some of the most beautiful and lyrical works of the entire classical literature. Oboist Emma Ringrose joins the Bergmann’s as they interpret the 3 Romances by Clara Schumann, the elegiac Sonata by Francis Poulenc, the beloved Gabriel’s Oboe by Ennio Morricone…and more!
Adults & Seniors: $26  |  Students: $15
TICKETS ON SALE NOW!

CHECK OUT WHAT’S HAPPENING AT EVERGREEN 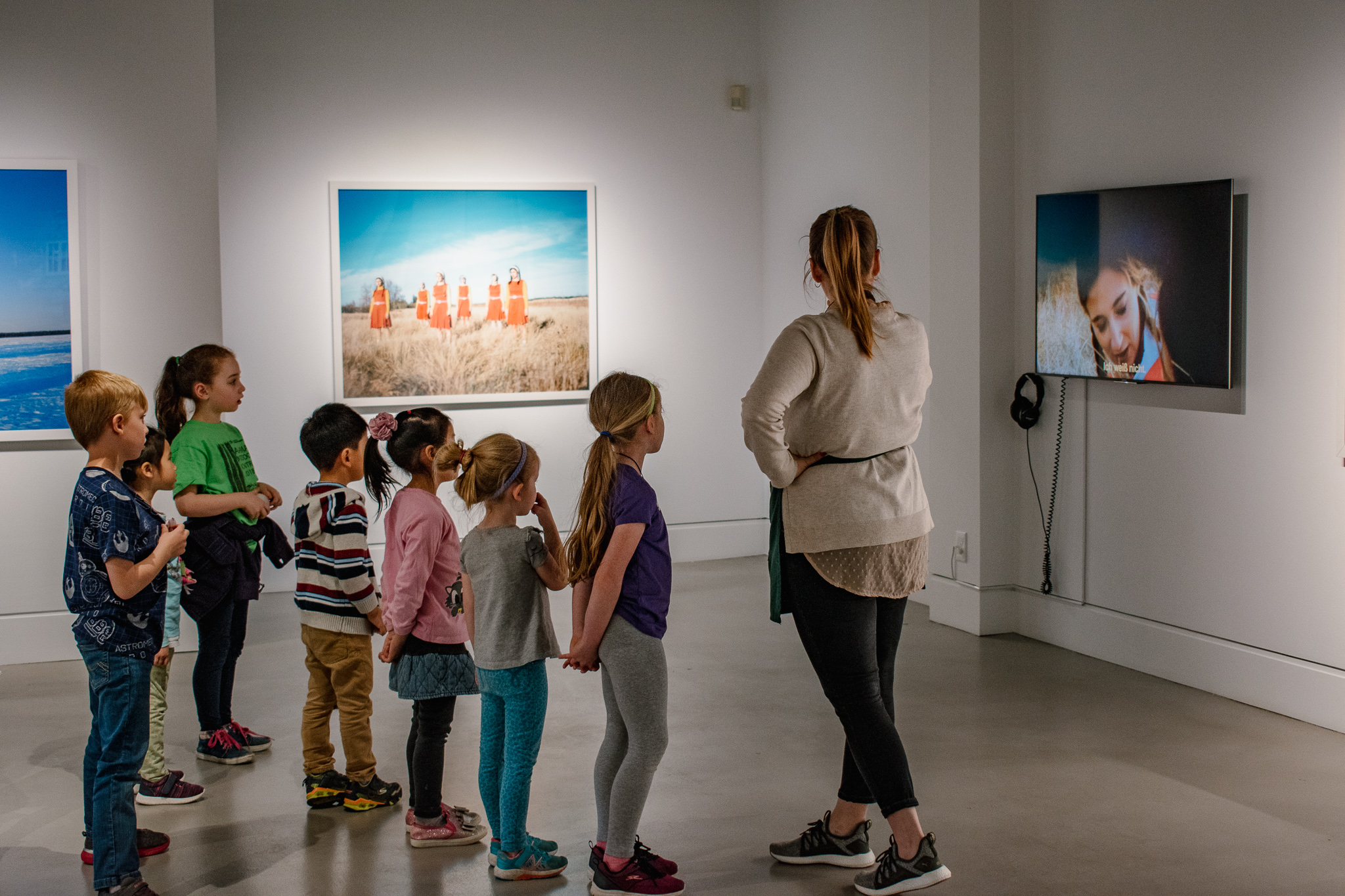 Our Educators have adapted our popular Visual Arts School Workshops into Virtual Field Trips, delivered live on Zoom. Inspired by our 2021 exhibition, Wayfinding, our virtual visits include a mix of video content and live instruction to spark student creativity and conversation, followed by a hands-on artmaking activity in your classroom. 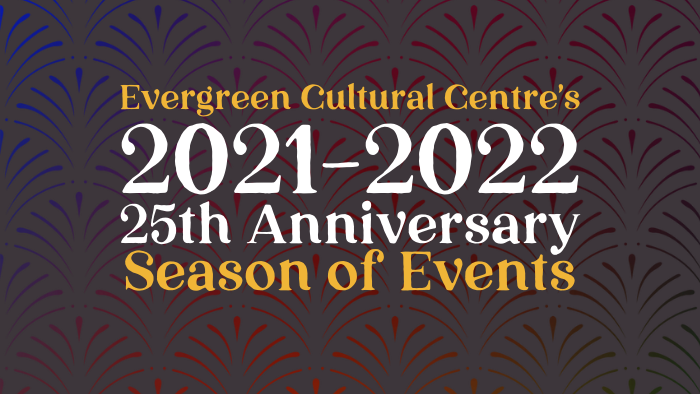 It’s our 25th Anniversary Season at Evergreen – and all shows are on sale now!

With our theatre back to our regular seating configuration, our 2022 events are being sold at 50% capacity. Explore our exciting new line up performances including theatre, music, and comedy events, and come reconnect – safely – with the magic of live arts experiences, right here in the Tri-Cities. 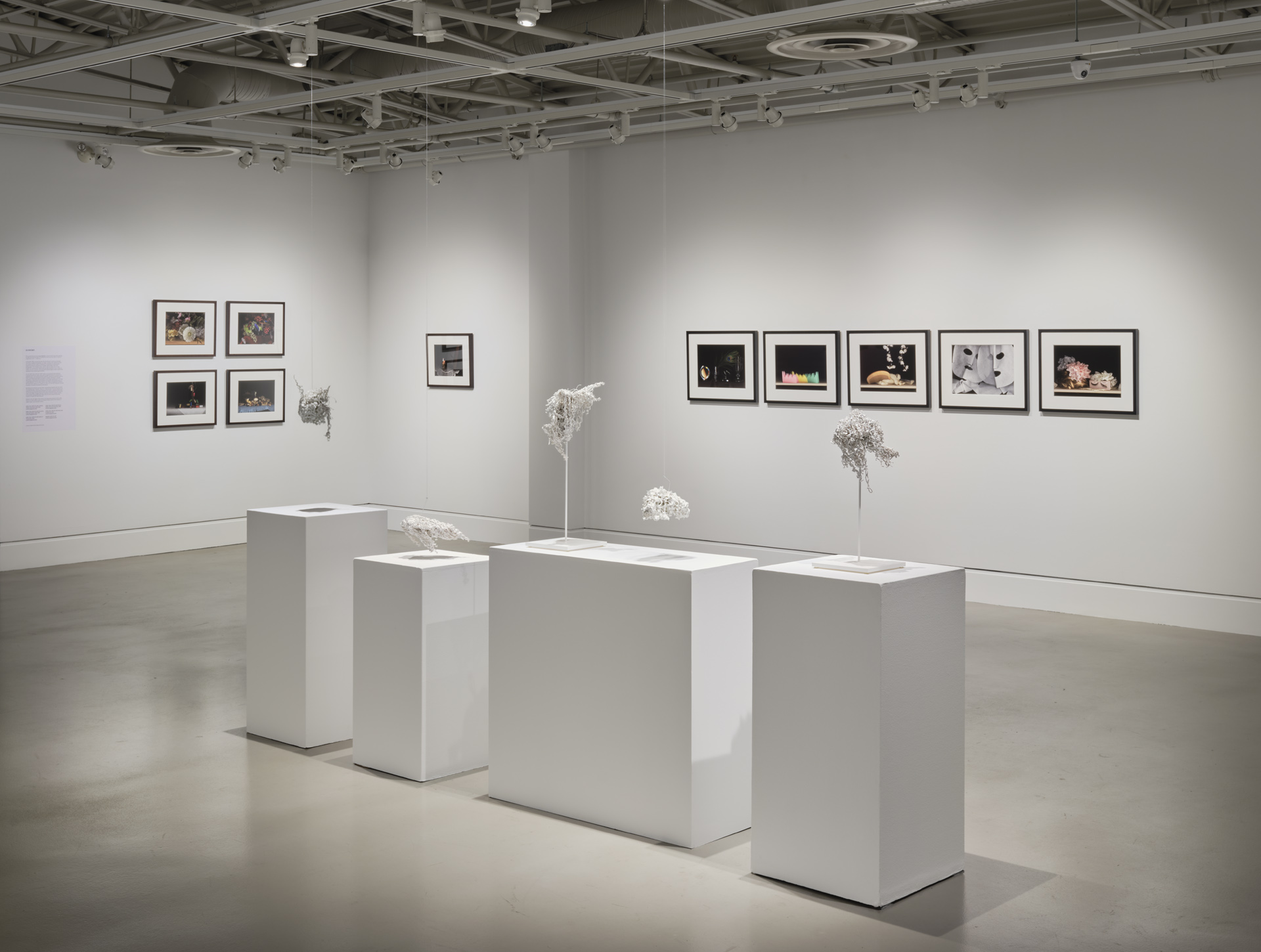 Join us for thought-provoking visual arts exhibitions available both inside our gallery space and outdoors.

The AGE is open to the public from Thursday – Sunday for our Current Exhibition, Evan Lee: Forged, available to view until January 30, 2022. Taking a walk around Lafarge Lake? Don’t forget to stop by our current Outdoor Exhibition, LUXE (2019) by artist Ketty Zhang, available 24/7 along our exterior lobby windows until February 07, 2022.