OUR 2020/20201 EARLY BIRD THEATRE SUBSCRIPTIONS ARE NO LONGER ON SALE.

Spring has sprung at Evergreen, and normally, we would be letting you in on our best kept secret of the year: our Theatre Series lineup for our upcoming season. But in light of the ongoing COVID-19 crisis, this season looks anything but normal. With the announcement of BC’s Restart Plan by BC’s Public Health Authorities, our superstar lineup filled with companies like the Arts Club Theatre Company and Aenigma Theatre will not be moving forward. If you have already purchased a 2020-2021 Theatre Subscription, our lovely Box Office team will be contacting you directly about your subscription. Please be patient with our staff – we are all working through these big changes together.

We have always been proud to bring the best in professional performing arts to our community, and we will be working on other ways to stay connected, as well as continuing our online programming on social media. Please click here for more information about Evergreen’s Restart Plan.

Due to the COVID-19 crisis, most of Team Evergreen is working from home. For questions and concerns about Early Bird Subscriptions, please contact our Box Office team by email: boxoffice@evergreenculturalcentre.ca

For questions and concerns about these changes to our 2020/2021 Season or Evergreen’s Restart Plan, please contact our Marketing Team: marketing@evergreenculturalcentre.ca 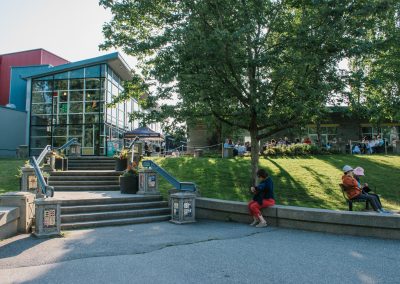 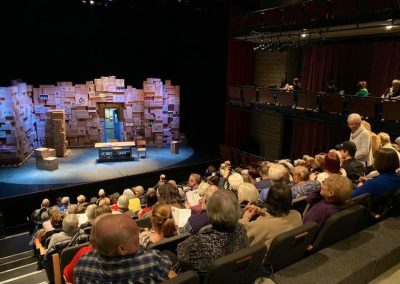 EVERY BRILLIANT THING
Arts Club on Tour
by Duncan MacMillan | with Jonny Donahoe | Directed by Ashlie Corcoran
You’re six years old, and mom finds it hard to be happy. So you start to write a list of every brilliant thing in the world. #1: Ice Cream. #2: Kung Fu Movies. #3: Burning things. And the list goes on… Every Brilliant Thing is a touching comedy about a list of all the brilliant things worth living for, depression, and the lengths we will go for those we love.
Originally Scheduled for October 27 – 31, 2020

The Fabulous LIPITONES
Ace Productions
by John Markus and Mark St. Germain
What happens when a barbershop quartet loses a key member to s heart-stoppingly high “b-flat”? The three surviving members find a replacement of course – but when their new recruit isn’t what they had pictured, the group has to deal with misunderstanding and stereotypes on their path to perfect harmony.
Originally Scheduled for November 17 – 21, 2020

THE CULL
Arts Club on Tour
by Duncan MacMillan | with Jonny Donahoe | Directed by Mindy Parfitt
While a forest fire rages nearby in the local mountains, a group of close friends gather for an anniversary celebration; but an unexpected gift turns a civil conversation into a personal argument, and the dinner party into a night of eat or be eaten.
Originally Scheduled for January 26 – 30, 2021

THE HOW AND THE WHY
Aenigma Theatre
by Sarah Treem | Directed by Tanya Mathivanan
A beautiful piece about two female biologists meeting for the first time to discuss their opposing theories around female menstruation, and interrogates the conversations surrounding women’s bodies, their role in society, as well as the challenges they face in a male driven work environment.
Originally Scheduled for February 16 – 20, 2021

THE BIRDS & THE BEES
Arts Club on Tour
by Mark Crawford | Directed by Lauren Taylor
It’s nearly time for the last-ever annual Turkey Days Festival, and the excitement in town is palpable! A hilarious new comedy by Mark Crawford (of last season’s Bed & Breakfast) about sex, love, science, family, and the artificial insemination of turkeys.
Originally Scheduled for March 09 – 13, 2021

JOSEPHINE
*Intended for Adult Audiences Only
Co-created by Tymisha Harris, Michael Marinaccio, and Tod Kimbro
We are so excited to bring the Fringe Festival super-show to Evergreen. This burlesque cabaret dream play tells the story of the iconic Josephine Baker, the first African-American international superstar. Josephine shatters stereotypes of race, gender roles, and sexuality in this intimate, charming, and haunting cabaret with a twist.
Originally Scheduled for April 13 – 17, 2021

SCREWBALL COMEDY
Royal Canadian Theatre Company
by Norm Foster | Directed by Elle King
The unforgettable Cary Grant and Katherine Hepburn were just two of the stars of the Screwball Comedies that were so hugely popular in Hollywood in the 1930s and 40s. Fast talking, gag cracking hilarity that had them rolling in the aisles back in the day, is now given an update and made even funnier by the foremost of popular Canadian playwrights. We are proud to re-present the Western Canadian Premiere of this affectionate and hilarious spoof, origninally scheduled for our 2019-2020 Season.
Originally Scheduled for May 11 – 15, 2021

As an extra incentive to grab you tickets early, we’ve added a special, community holiday show that subscribers can pair with their Early Bird Subscription at a discounted price! You can add this show in the Subscription form below.

HOLMES FOR THE HOLIDAYS
ABC Let’s Act
by Ken Ludwig | Directed by Mandy Tulloch
An actor renowned for his performance as Sherlock Holmes hosts a dinner party for his cast, but quickly is forced to take on the beloved role again after a guest is murdered in this festive mystery.
December 16 – 19, 2020

As an added bonus, Early Bird Subscribers also receive a FREE Evergreen Membership!
And trust us, membership has its perks… like access to exclusive special offers and discounts throughout our 2020-2021 Season, an additional 15% single ticket prices to Evergreen Season Presentations (on Sale July 17), and complimentary admission to our Monday Night Member Film Series! CLICK HERE FOR MORE INFO

Subscribers get to secure their favourite seats for every show! When you renew your subscription, you save your favourite spot again for the upcoming season. New Subscribers get to choose which day of the week you’d like to come to the theatre, and then secure the seats of your choice from our available selection – and they’re yours for the season!

Of course, this seat-saving perk is based on availability, so the earlier you pick or renew your seats the better!

Life happens – but it doesn’t have to ruin your evening at Evergreen. Subscribers can exchange their tickets to another performance day for FREE by visiting or contacting our awesome Box Office Staff.