with the Bergmann Piano Duo EXPLORE OUR SEASONMAIN PAGE

Musical Matinees is a series of salon-style concerts hosted by internationally acclaimed and celebrated pianists Elizabeth and Marcel Bergmann. Each event starts with complimentary coffee, tea and treats in our lobby before enjoying a classical music concert featuring world-class artists. 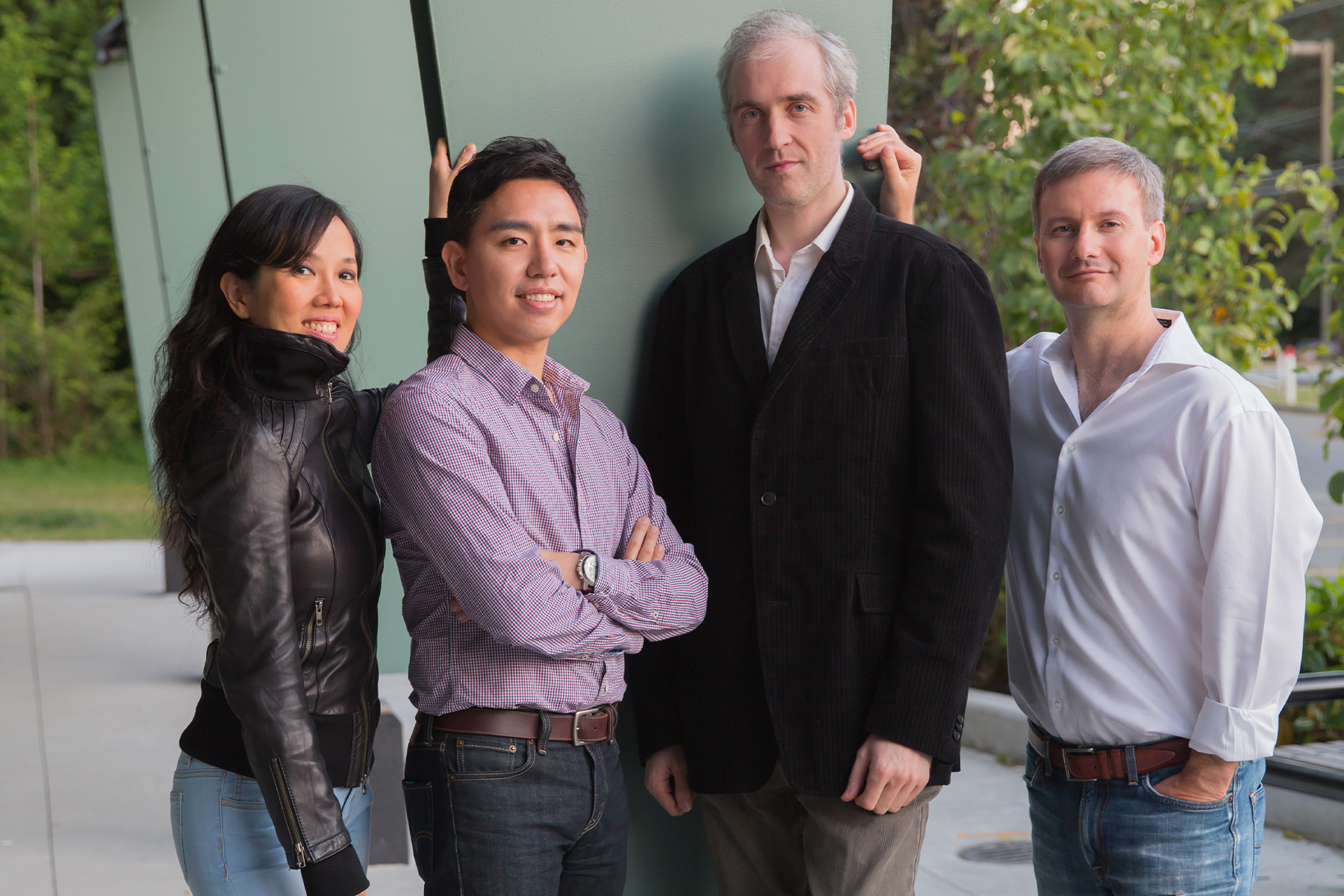 The Bergmanns welcome the exciting and energetic the Borealis String Quartet to join them once again for a programme that includes Bach’s Concerto for 2 keyboards in C major juxtaposed with tangos by composers such as Gardel, Piazzolla and more! 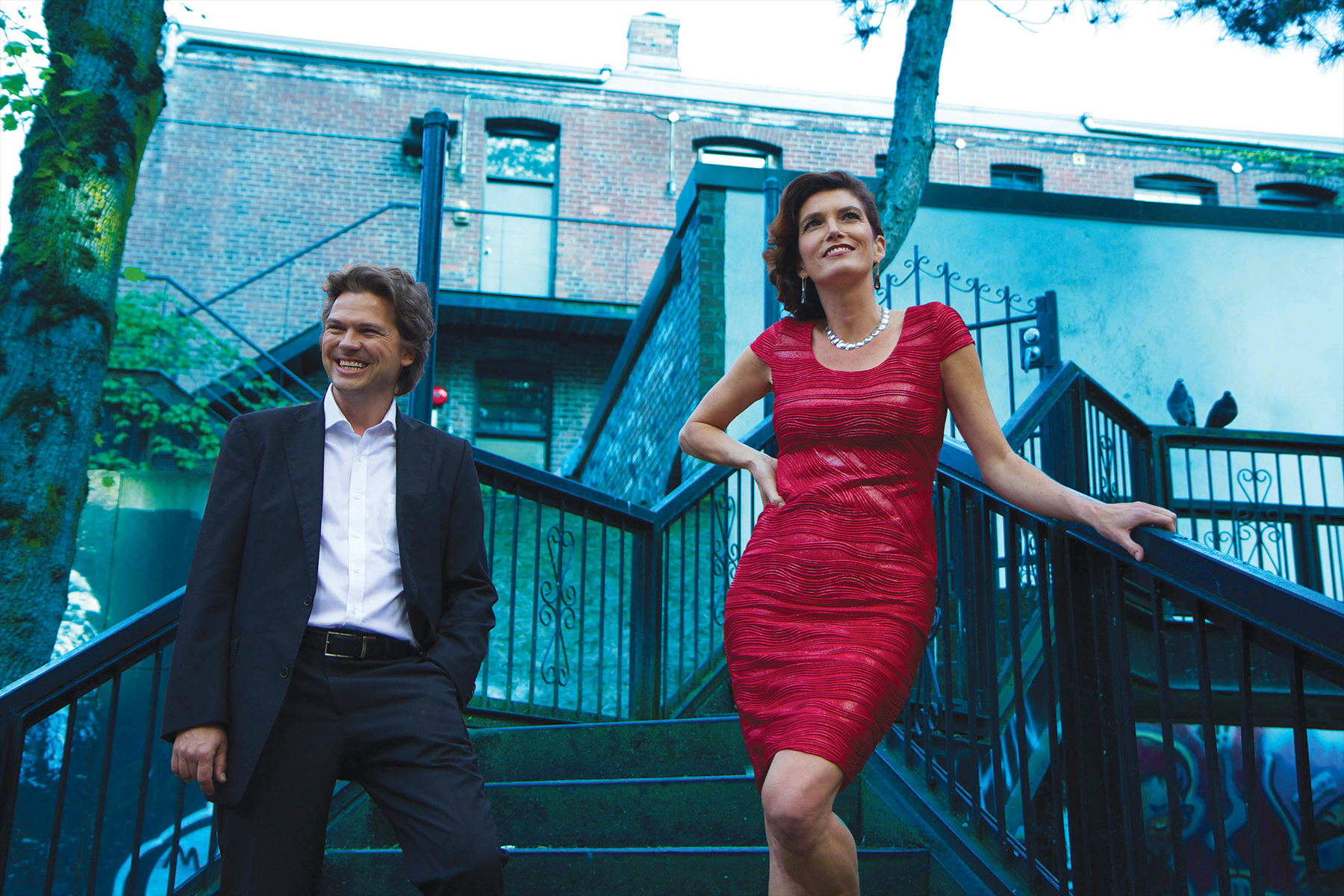 Ukulele virtuoso, James Hill and his wife, cellist Anne Janelle join the Bergmanns for a cross-collaboration and innovative programme including works from the classical, folk and contemporary repertoire. The programme will include some original works that will bring an interesting twist and flavour to this unique combination of instruments. 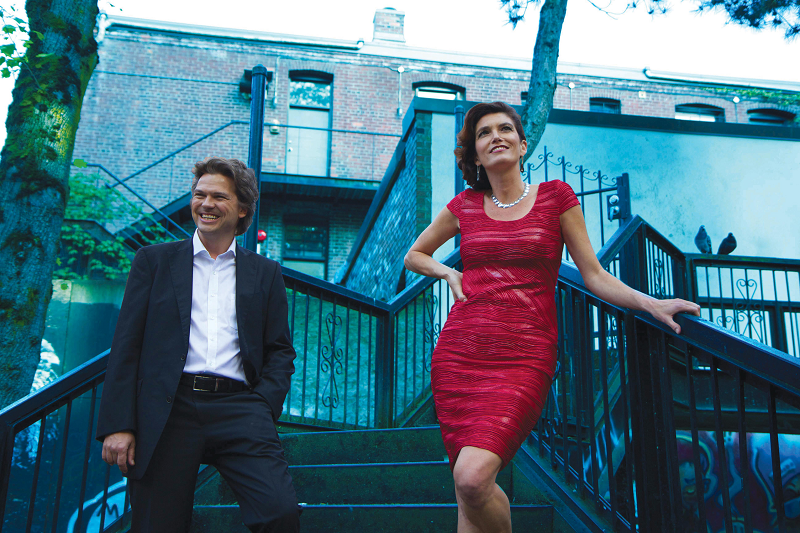 Always adventurous, the married couple combines virtuosic dedication with the instincts of professional entertainers who love their music.

The Bergmann Duo’s dynamic and energetic performances of uniquely eclectic programmes, which include numerous own arrangements and compositions, have inspired audiences internationally. They have performed in concert and with orchestra in: Canada, the USA, Italy, Germany, The Netherlands, Spain, Portugal, France, Macedonia, Greece and China.

They have made recordings for the CBC, ARD(in Germany) and for National Public Radio and have recorded several CDs (CordAria, Arktos, Koch International Classics, Naxos, ARS and Brilliant Classics labels). The married couple received first prize at the International Chamber Music Competition in Caltanissetta, Italy, were laureates of The 4th Murray Dranoff International Two Piano Competition and have performed extensively in Germany as members of the young artists’ roster of Yehudi Menuhin-Live Music Now.
The duo studied with Arie Vardi at the Hochschule für Musik und Theater, Hannover and with Jean-Eudes Vaillancourt at the Université de Montréal. Elizabeth is Artistic Director of Concerts at the Langley Community Music School and both are Artistic Directors of White Rock Concerts.

FOR DETAILS ON OUR SUBSCRIPTIONS OR TO PURCHASE, PLEASE CONTACT OUR BOX OFFICE STAFF AT 604-927-6555.