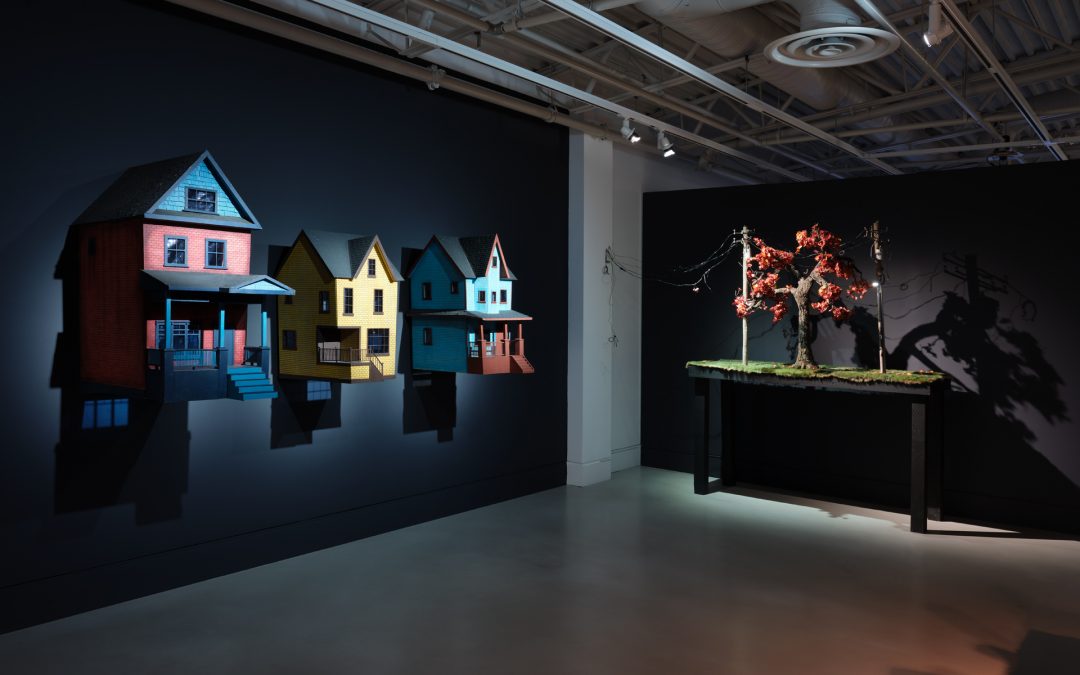 This exhibition goes behind the scenes to explore the world of Biidaaban (The Dawn Comes) (2018), the newest short film by Michif interdisciplinary artist Amanda Strong. Accompanied by their friend, a 10,000-year-old shape-shifter known as Sabe, Biidaaban sets out on a mission to reclaim the ceremonial harvesting of sap from maple trees in an unwelcoming suburban neighborhood of Ontario. Driven by the words of Anishinaabe writer Leanne Betasamosake Simpson, Strong’s mesmerizing stop-motion animation intricately weaves together multiple worlds through time and space, calling for a rebellion. The exhibition invites visitors into the world of Biidaaban and into Strong’s process by gathering together the elaborate puppets, sets and storyboards used to animate this story.

Amanda Strong is a Michif interdisciplinary artist with a focus on filmmaking, stop-motion animation and media art. She is currently based on unceded Coast Salish territories, also known as Vancouver, BC. Strong received a BAA in Interpretative Illustration and a Diploma in Applied Photography from the Sheridan Institute, Oakville. With a cross-disciplinary focus, her work includes common themes of reclamation of Indigenous histories, lineages, languages and cultures. Strong is the owner, director and producer of Spotted Fawn Productions Inc. (SFP). Under her direction, SFP uses a multilayered approach and unconventional methods centered on collaboration in all aspects of their work.

Strong’s work is fiercely process driven and takes form in a variety of mediums, including virtual reality, stop-motion animation, 2D and 3D animation, gallery and museum installations, illustrated books and community-activated projects. Strong and her team at SFP are currently working on the research and development of bringing the company’s works into more interactive spaces.

In 2017, Strong was selected by renowned filmmaker Alanis Obomsawin to receive $50,000 in post-production services through the Clyde Gilmour Technicolour Award. The previous year, she received the Vancouver Mayor’s Arts Award for Emerging Film and Media Artist. In 2013, she was the recipient of the K. M. Hunter Artist Award for Film and Video. Strong’s films have screened across the globe, most notably at Festival de Cannes, Toronto International Film Festival, Vancouver International Film Festival and Ottawa International Animation Festival. She is the recipient of grants from the Canada Council for the Arts, Ontario Arts Council, BC Arts Council and National Film Board of Canada.

All Images: Installation view of Amanda Strong: anaamakamig (under the ground), exhibition at the Art Gallery at Evergreen, 2019. Photo: Rachel Topham Photography. 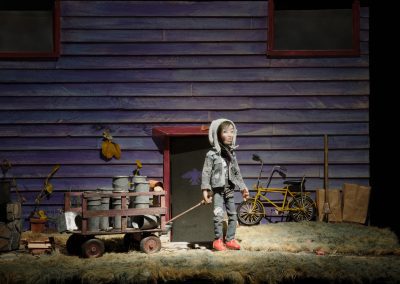 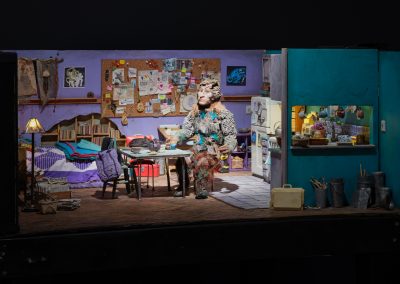 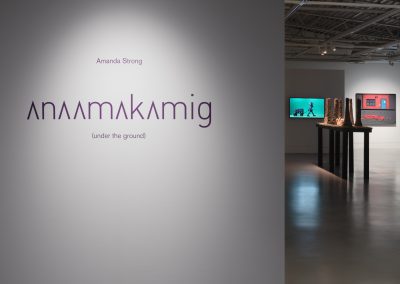 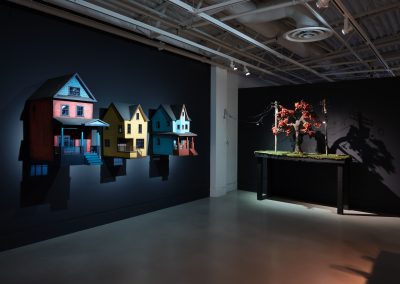