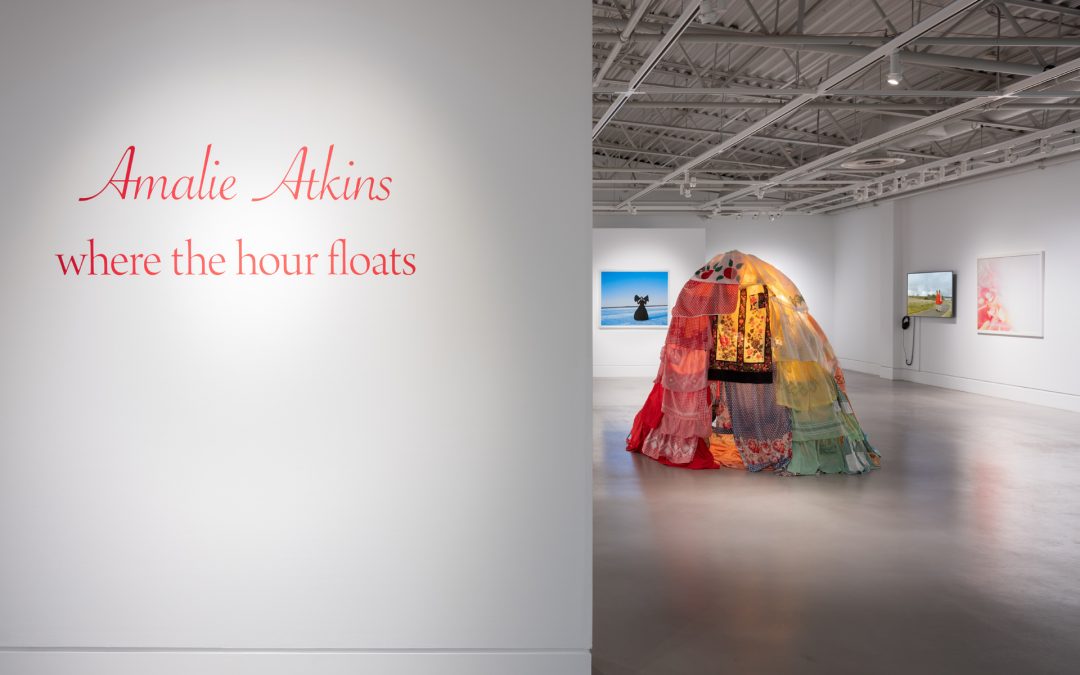 Enter the world that Amalie Atkins built. Set just beyond the veil of reality, a familiar prairie landscape transforms into a cinematic fable. In Atkins’s marvelous realm, an all-female cast embarks on an epic journey told through the ongoing project we live on the edge of disaster and imagine we are in a musical (2010–). The artist tenderly choreographs individual chapters, weaving these stories in a circuitous, continuous plot. In its telling, Atkins knits together autobiography with cultural history, fantasy with reality, and the conceptual with the emotional. The exhibition where the hour floats at the Art Gallery at Evergreen presents a selection of short films and large-format photographs from this larger series.

Amalie Atkins is a multidisciplinary artist who lives and works in Saskatoon. She creates cinematic fables through a blend of film, textiles, installations, performance and photography, imprinting a fictional world onto everyday life.

Atkins has exhibited widely nationally and internationally, including in Edmonton, Toronto, Ottawa, New York City, the UK, Berlin, Austria and Australia. Her work has been included in major survey exhibitions, most notably Oh, Canada, presented by MASS MoCA, North Adams, Massachusetts (2012), and DreamLand: Textiles in the Canadian Landscape, presented by Textile Museum of Canada, Toronto (2012), and currently through Eastern Europe with Road Show East, presented by 12-14 Contemporary. The solo exhibition we live on the edge of disaster and imagine we are in a musical (2014–15) toured to the MacKenzie Art Gallery, Regina; Southern Alberta Art Gallery, Lethbridge; and College Art Galleries, Saskatoon. Atkins’s newest and longest film project to date, comprising the films The Diamond Eye Assembly and Requiem for Wind and Water, will premiere at the Remai Modern, Saskatoon, in 2019.

All Images: Installation view of Amalie Atkins where the hour floats, exhibition at the Art Gallery at Evergreen, 2019. Photo: Rachel Topham Photography. 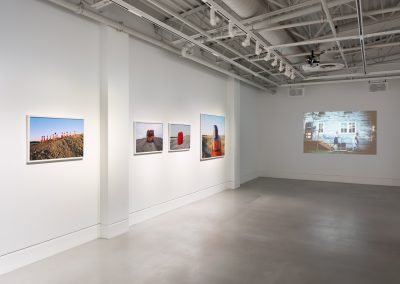 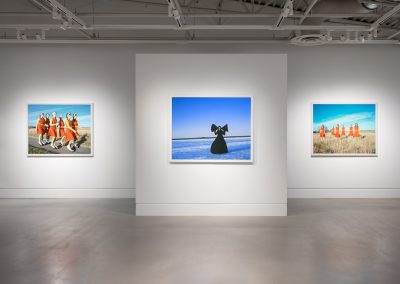 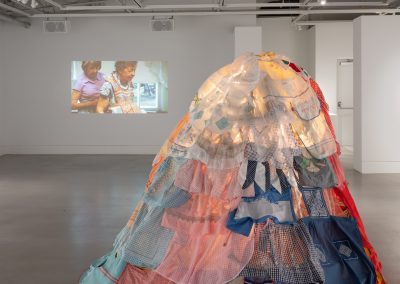 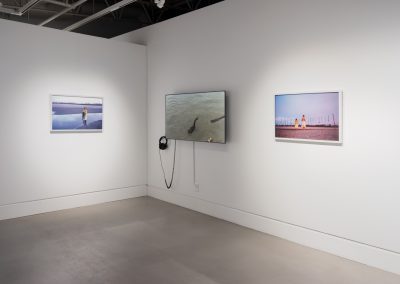