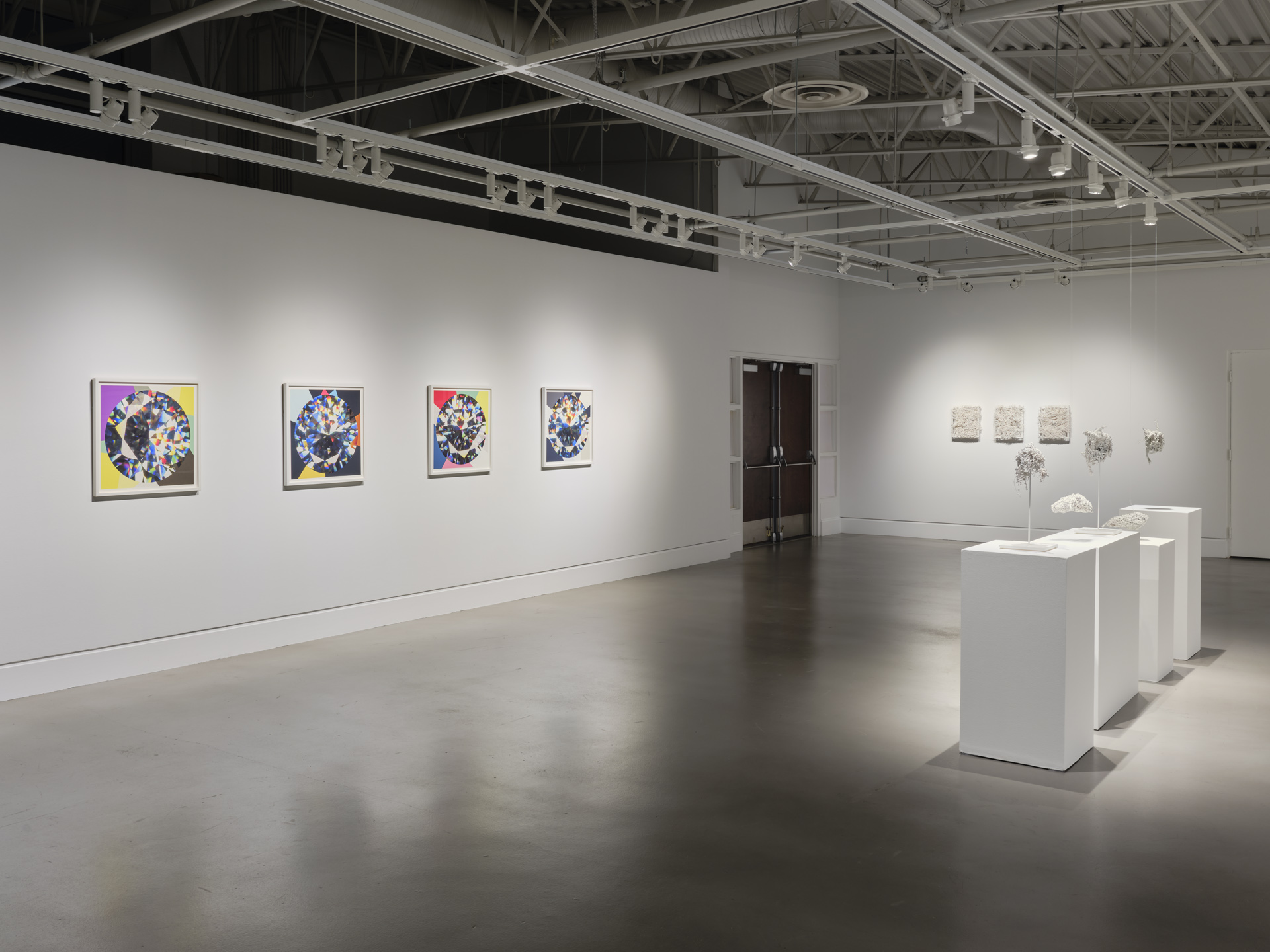 The definition of “forge” contains within it a dichotomy between what is real and what is fake, between what requires great effort to produce and what only pretends at having great value. The dictionary defines the verb “forge” as “to form or make, especially with concentrated effort”—for example, a blacksmith making goods—and simultaneously as “to imitate fraudulently, to produce an inauthentic work that is claimed to be genuine,” such as faking a signature, a painting, or currency. This tension between value and artifice, labour and efficiency, is at the core of Forged, a solo exhibition featuring photography, sculpture and painting by Vancouver-based Chinese Canadian artist Evan Lee.

Lee, who formally trained as a painter and photographer, is best known for making lens-based images in new and unexpected ways. Referred to as a member of the “post-photography” generation, Lee often makes camera-less photographs: high-resolution images captured using a flatbed scanner. Using such techniques, he explores the limits and possibilities of photography through experimentation, adaptability and an economy of means. Simply put, Lee makes rich images cheaply, with the historical context of Vancouver’s “photo-conceptualists”—who began producing high-budget, large-scale photos in the early 1980s—in the background. Lee’s economical approach extends into the sculptural and painted works included in Forged, which he produced using mass-produced instant food and shoe polish.

Lee has a keen interest in the social construct of value. How are objects produced and circulated? Why is a higher value placed on certain objects and not others, even if their production requirements are similar? How does the meaning of an object change when it is “forged”—for example, a cubic zirconia versus a real diamond, or homemade ramen noodles versus the instant variety (both objects that happen to be the subjects of several of Lee’s works)? Through the arduous process of producing high-resolution still-life scans of cheaply produced dollar-store items, diamonds (both real and fake), or the painstaking manipulation of moistened instant noodles into abstract figures, Lee considers the extraordinary within the multitude of mundane, easily discarded and mass-produced objects that occupy our lives. His artworks recirculate them, infusing these items with new meaning and value. 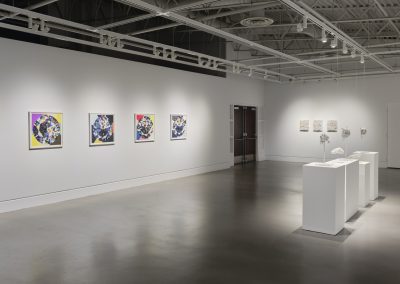 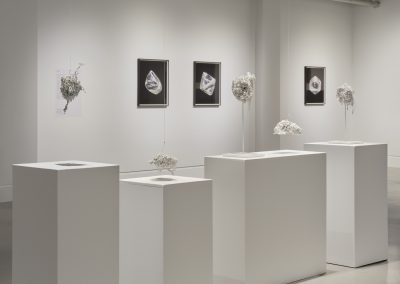 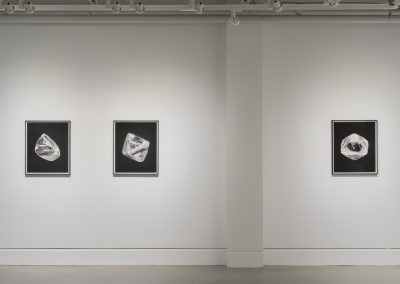 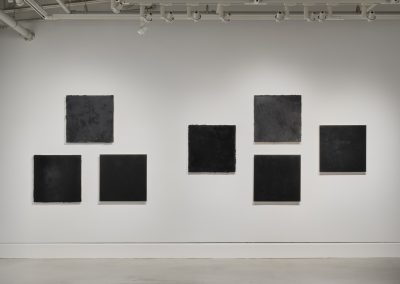 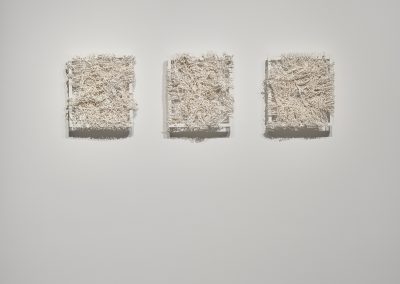 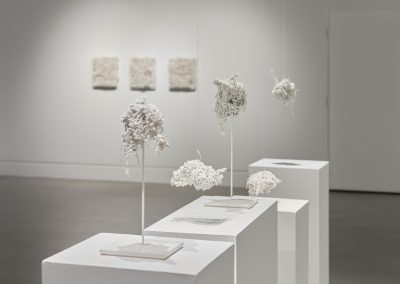 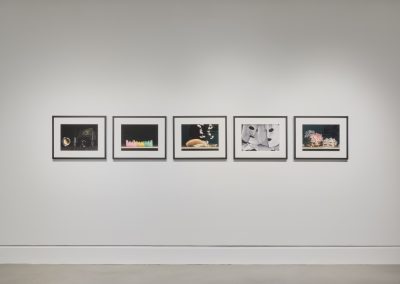 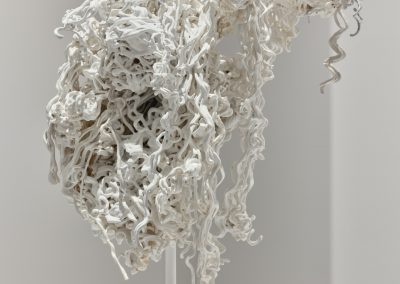 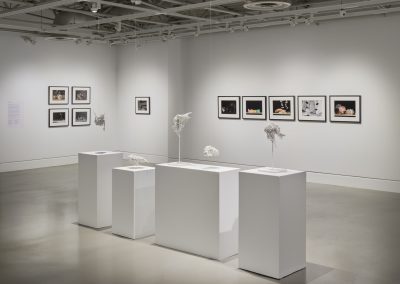 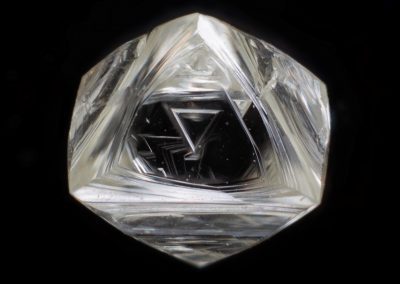 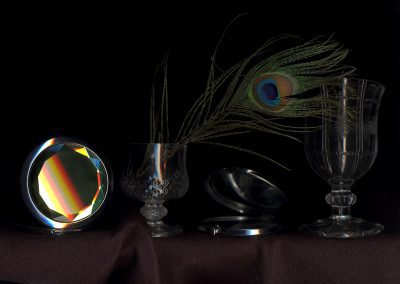 About the Artist | Evan Lee

Evan Lee (b. 1975) received his MFA from the University of British Columbia in 2000. He is known for exhibitions of his experimental painting and photo-based work as well as for teaching and writing. Lee was selected as the West Coast and the Yukon finalist for the 2014 Sobey Art Award.

Lee has taught at the Emily Carr University and UBC. He served on the Board of Directors of Centre A and is represented by Monte Clark Gallery in Vancouver.

Learn More About This Exhibition

To help our visitors connect further with Evan’s work, the Art Gallery developed a microsite specific to this exhibition. This online platform acts as an extension of the exhibition Forged that focuses on Evan Lee’s critically engaged practice concerning systems of value that code human experience. Explore images of production ephemera, past works, and writing related to themes that are integral to Lee’s practice.