From the Great Northern Plains of Western Canada, Little Miss Higgins struts and serenades her way, guitar in hand, lips blazoned red, onto any stage. As if she just drove

From the Great Northern Plains of Western Canada, Little Miss Higgins struts and serenades her way, guitar in hand, lips blazoned red, onto any stage. As if she just drove in off the back-road of another time with gravel dust and a sunset trailing behind her, this pocket-sized powerhouse plays music brewed up in old-time country blues sprinkled with a little jazz and maybe a hint of folk. Whetherit’s songs about passion or songs about panties, she writes about real things in a rooted and poetic way. This is all too true on her most recent award winning album, Across The Plains (2010).

“When I was about four my dad bought this old piano at a local bar,” she recalls. “It was a mini grand piano. He brought it home and told me it was mine. I carved my name in the side and started taking piano lessons.”

Growing up playing piano, Higgins now uses guitar and voice as her main instruments as well as her theatre background to bring a “refreshing sound and story to the stage.” She spent a number of years after studying theatre at a college in Alberta, roaming Western Canada, acting in plays, frequenting blues clubs and playing her guitar. Higgins finally settled down in Saskatchewan and that’s when music took the driver’s seat. Her stage name, Little Miss Higgins suits the undeniably inflammatory mix of her blues and country music repertoire but the moniker was largely accidental. “When I moved to Saskatchewan in 2002 I started hanging out with this Greek guy,” she recalls “He started calling me Little Miss Higgins so I used it on poster for a gig I was doing and it just stuck.”

Over the past five years, Little Miss Higgins has built a strong national reputation throughout Canada, appearing in clubs and on festival stages in Edmonton, Winnipeg, Montreal, Owen Sound, and Canso, Nova Scotia performing most often as a duo with partner and guitar player, Foy Taylor. 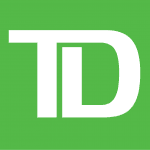