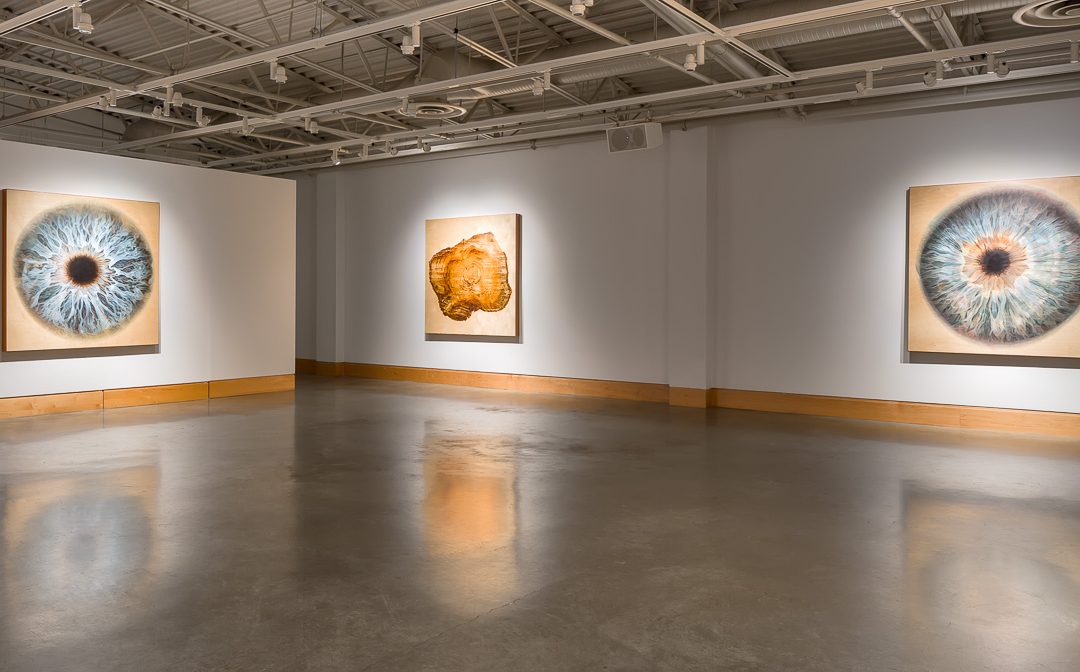 Perfect Geometry featured a collection of six oil paintings on wood by Vancouver artist Laurie Papou. Three of the large-scale works, which are each one and a half metres square, depict cross-sections of trees felled in Stanly Park by a devastating 2006 windstorm, exhibited alongside three others that depict the irises of the artist and her family. In the formal relationship between the log cross-sections and the circular irises, conceptual links emerge, such as the cycle of life, where the two parents’ eyes beget the one of the child and the rings of the tree mark time. For the sculptural work Salvage, presented alongside the six paintings, five sculptures, each almost three metres tall and composed of clear vinyl tubes stuffed with shredded paper, were suspended from the ceiling. They appeared as a small forest, with the recycled paper of their manufacture returned back into the shapes of trees.

Laurie Papou grew up in Port Coquitlam and her work was included in the 1984 exhibition PoCoRococo, which was organized by Ken Lum and featured the work of art students from Port Coquitlam Secondary alongside such prominent established West Coast artists as Jeff Wall, Rodney Graham, Elspeth Pratt and Georgina Chappel. Laurie Papou has since become best known for her paintings on wood panels of nude figures set in the landscape of the Canadian West Coast. Papou has exhibited extensively in Vancouver and across Canada. 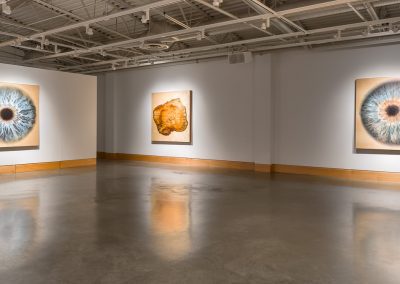 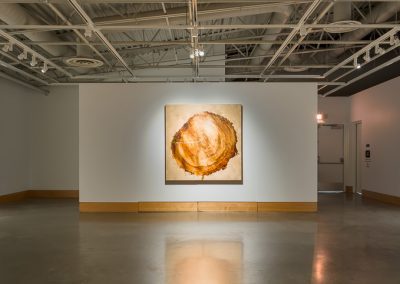 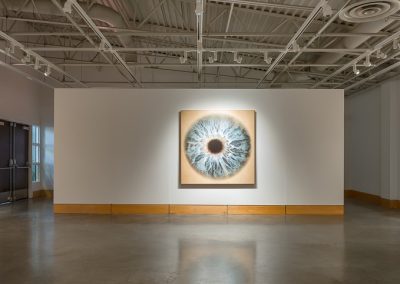 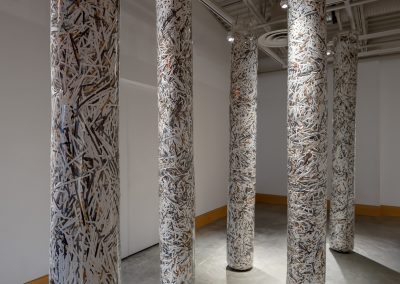