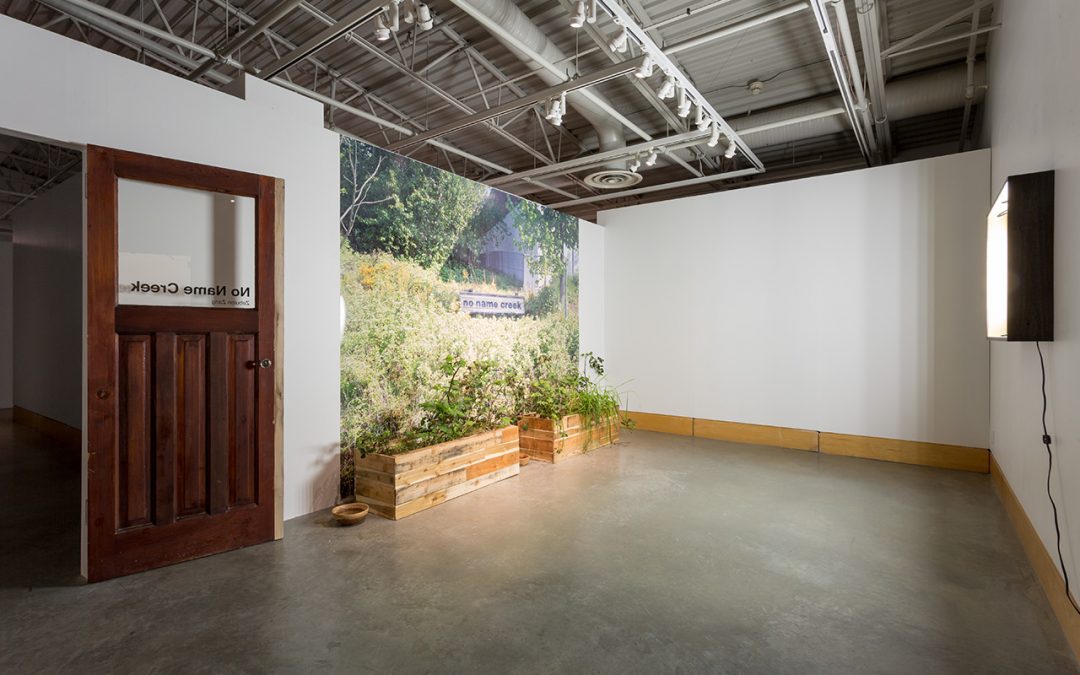 No Name Creek took Zebulon Zang’s lifelong home city of Coquitlam as its point of departure. The exhibition consisted of a collection of large-scale photographs and a documentary film that presented an idiosyncratic depiction of life in Coquitlam. Examining the relationship between centres and peripheries, Zang draws upon his own experiences of these in-between spaces to examine what they say about the city. Through surveying both the physical and cultural landscape, the exhibition moved from specific details to larger social currents, playing between a fascination with and alienation of a space undergoing rapid and frequently severe development.

Zebulon Zang is an artist and writer from Maillardville in Coquitlam, BC. His work focuses on the role of the photographic image within a larger social and historical context, from early optical developments to mobile digital cameras. In 2013, he founded and continues to run the Maillardville Cultural Appreciation Society (MCAS), an experimental exhibition space in Coquitlam. He has screened and exhibited work throughout Canada and published writing in both Canada and the United States.

All images: Installation view of Zebulon Zang: No Name Creek, exhibition at the Art Gallery at Evergreen, 2016. Photography: Blaine Campbell. 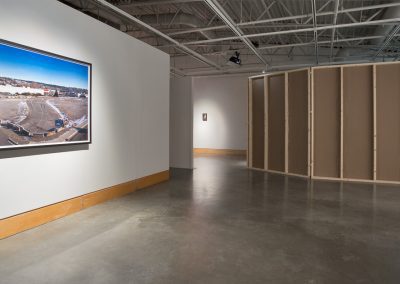 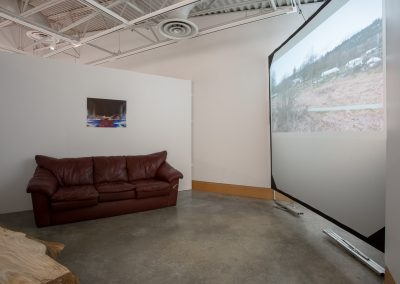 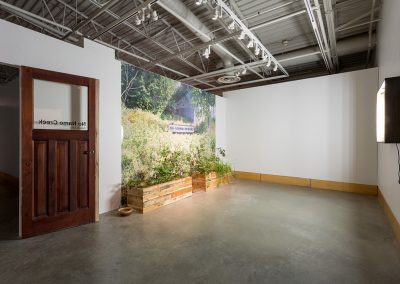 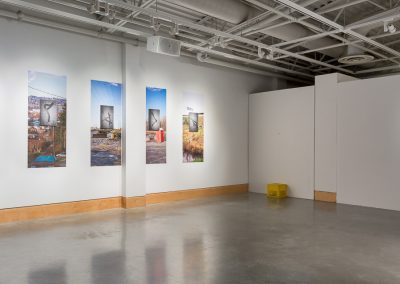