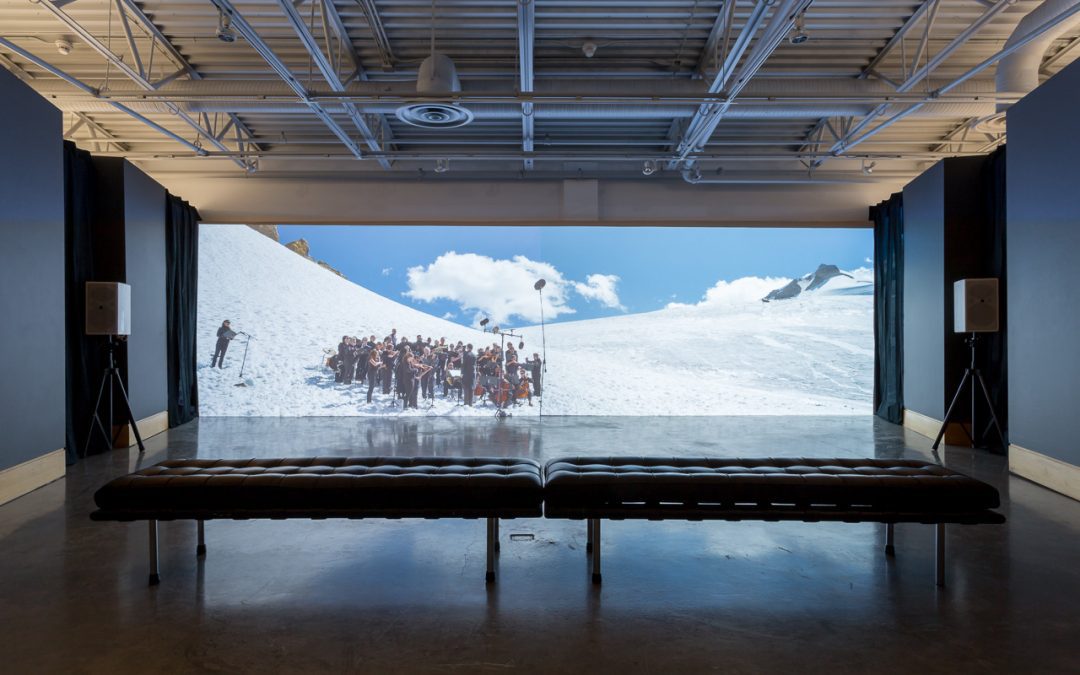 Requiem for a Glacier is an expansive video installation by Paul Walde. The installation features a four-movement oratorio performed by an orchestra and chorus atop the Farnham Glacier in the Jumbo Glacier area of eastern British Columbia. The five glaciers that make up the ancient features of Jumbo, or Quat’muk, are left over from the last ice age. Now, they are under immediate threat from climate change and resort development. Over 37 minutes, Requiem for a Glacier features panoramic glacier views alongside the sounds and images of the oratorio, as performed by the Requiem Volunteer Orchestra and Chorus, conducted by Ajtony Csaba of the University of Victoria Symphony. Requiem for a Glacier memorializes British Columbia’s Jumbo Glacier area.

Paul Walde is an intermedia artist, composer and curator. His body of work suggests unexpected interconnections between landscape, identity and technology. Current works are often site and temporally specific in relation to these concerns and often manifest themselves in works that assume multiple forms such as performance, sound and video installations, audio publications, artist multiples and photography.

All Images: Installation view of Paul Walde: Requiem for a Glacier, exhibition at the Art Gallery at Evergreen, 2014. Photography: Blaine Campbell. 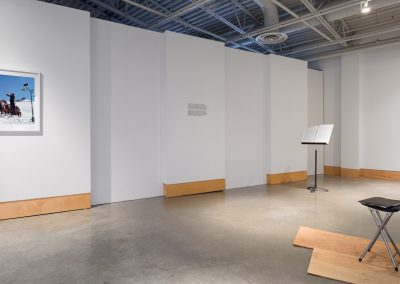 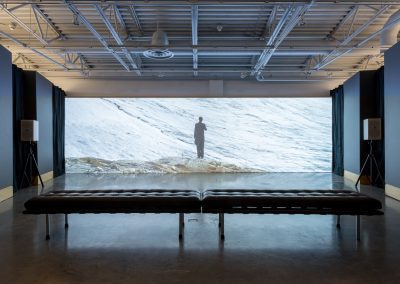 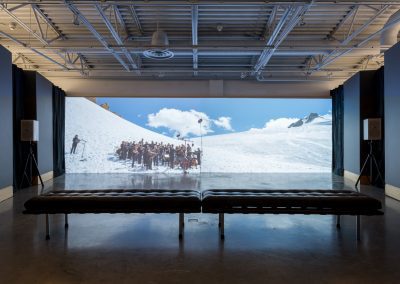 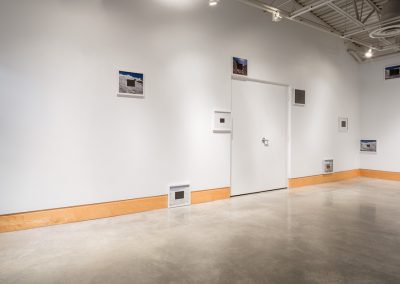