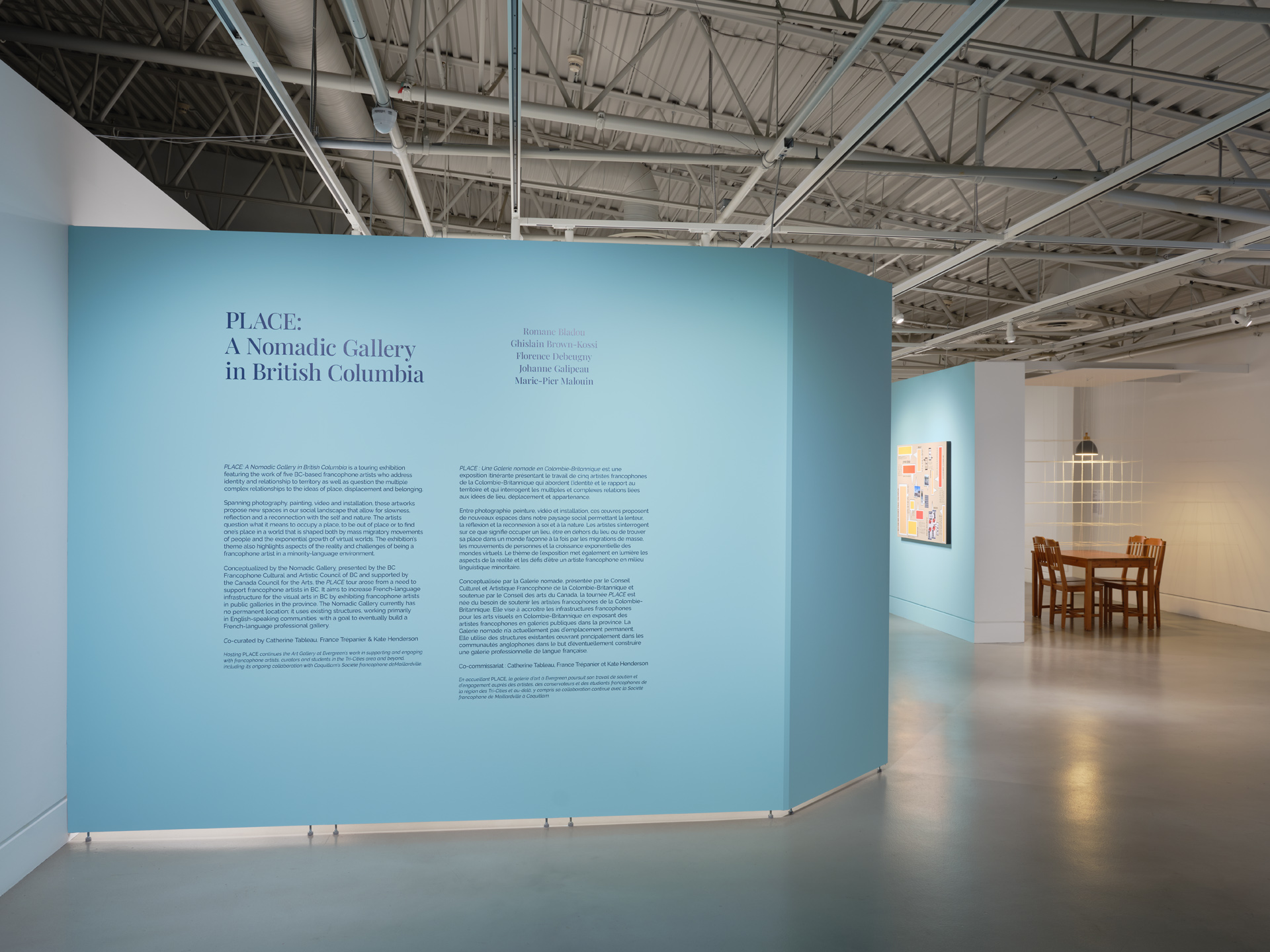 PLACE: A Nomadic Gallery in British Columbia is a touring exhibition featuring the work of five BC-based francophone artists who address identity and relationship to territory as well as question the multiple complex relationships to the ideas of place, displacement and belonging. The artists question what it means to occupy a place, to be out of place or to find one’s place in a world that is shaped both by mass migratory movements of people and by the exponential growth of virtual worlds. Spanning photography, painting, video and installation, these artists propose new spaces in our social landscape that allow for slowness, reflection and reconnection with the self and nature. The exhibition’s theme also highlights aspects of the reality and challenges of being a francophone artist in a minority-language environment.

Conceptualized by the Nomadic Gallery, presented by the BC Francophone Cultural and Artistic Council and supported by the Canada Council for the Arts, the PLACE tour arose from a need to support francophone artists in BC. It aims to increase French-language professional infrastructure for the dissemination of visual arts in BC by exhibiting francophone artists in three professional public galleries in the province. The Nomadic Gallery currently has no permanent location; it uses existing structures, working primarily in English-speaking communities, with a goal to eventually build a French-language professional gallery.

Coquitlam is home to Société francophone de Maillardville (SFM), and for many years, the Art Gallery at Evergreen (AGE) has fostered a relationship with SFM and the city’s francophone community through public programming and exhibitions of work by local francophone artists. Hosting PLACE continues the AGE’s work in supporting and engaging with francophone artists, curators and students in the Tri-Cities area and beyond. 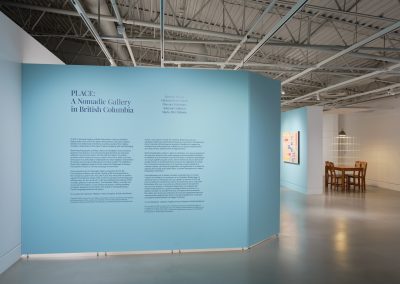 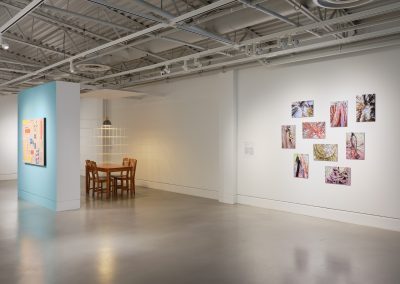 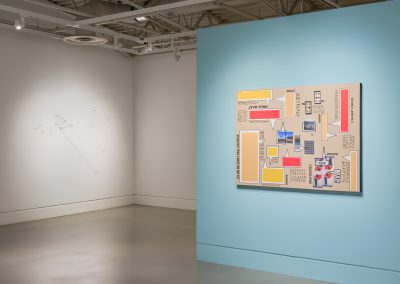 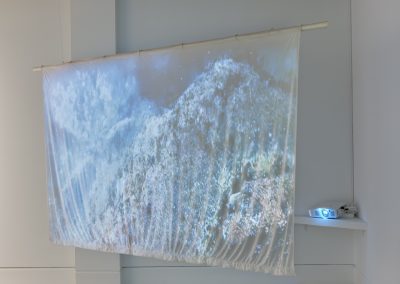 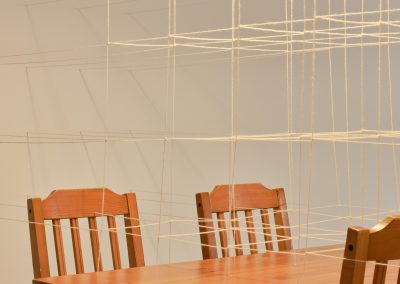 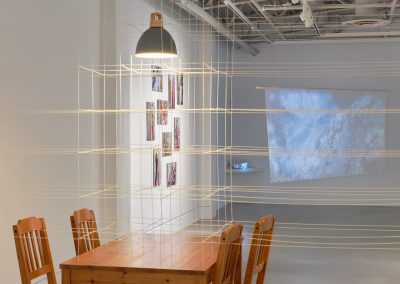 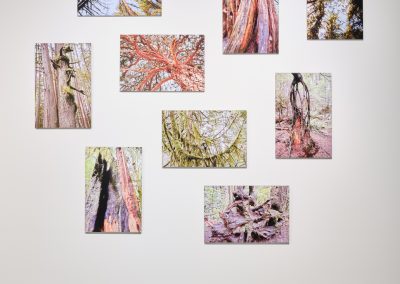 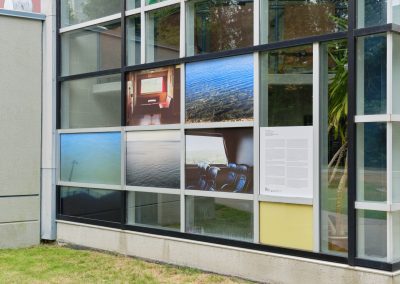 Romane Bladou lives and works on the unceded, traditional and ancestral territories of the xʷməθkʷəy̓əm (Musqueam), Sḵwx̱wú7mesh (Squamish) and səl̓ilw̓ətaʔɬ (Tsleil-Waututh) Nations. Bladou teaches in the Photography Department at Emily Carr University of Art + Design, Vancouver, where she received her Master of Fine Art in 2020. Bladou has exhibited nationally and internationally and published her writing and photography in various art and poetry publications. Her work has been supported by the Social Sciences and Humanities Research Council of Canada, Canada Council for the Arts, BC Arts Council and Quebec Arts Council.

Florence Debeugny is a Vancouver-based artist whose approach to architectural photography is to document changing industrial landscapes, abandoned places and deteriorating structures before they disappear. Her work questions ideas of progress, architectural preservation, place, housing and culture. In recent years, Debeugny has assembled her photographs with sound, video and interviews to explicitly convey the varying degrees of human experience in the face of industrial and urban changes. Her work has been exhibited in public art galleries, artist-run centres and museums.

Johanne Galipeau is a Quebec-born, Gabriola Island–based artist whose practice focuses mainly on painting. She explores the places and traces of time by superimposing layers of colours, textures and symbols. Her abstract artworks open up into imaginary spaces inhabited by memory. Galipeau studied visual arts at the University of Ottawa, worked in theatre in Montreal and discovered the art and magic of lantern making with the Public Dreams Society in Vancouver. These three disciplines and three cities have shaped her life and her art. Galipeau’s artworks are in private collections in Canada, the United States and Europe.

Ghislain Brown-Kossi is a French artist based in Vancouver. Through fashion, photography, painting and sculpture, he explores the multiple spatialities of the universes he encounters. Through his works, he develops new visual vocabularies and creates mappings of his reflections. Brown-Kossi has always been surrounded by art and fashion since his childhood in France. After studying fashion business, he worked for different fashion companies in Paris. He was also the manager of a French luxury house at the Le Bon Marché and Galeries Lafayette Haussmann department stores in Paris. In January 2017, Brown-Kossi moved to Vancouver, where he is focusing on his new career in art. His artwork is the result of contemplative reflections on our world, and his inspiration comes from spiritual readings, manga, comics, anime, nature and fashion.

Marie-Pier Malouin is a visual artist based in Vancouver. She received her Bachelor of Fine Arts from Concordia University, Montreal, as well as a minor in anthropology from the University of Montreal. She then completed a Master of Art and Science at Central Saint Martins, University of the Arts London. Malouin’s work has been presented in group exhibitions in Canada and Europe. She received the Daniel Ford International Prize for Innovation (2015), the Visual & Performing Arts Achievement Award from the Golden Key International Society (2012) and the Bead‘n Stitch Prize from Concordia University (2010). Since arriving in BC, Malouin has been involved with the francophone arts community through the Centre culturel francophone de Vancouver and as a member of the boards of directors of the Collectif des artistes visuels de Colombie-Britannique and the Kleine Compagnie.