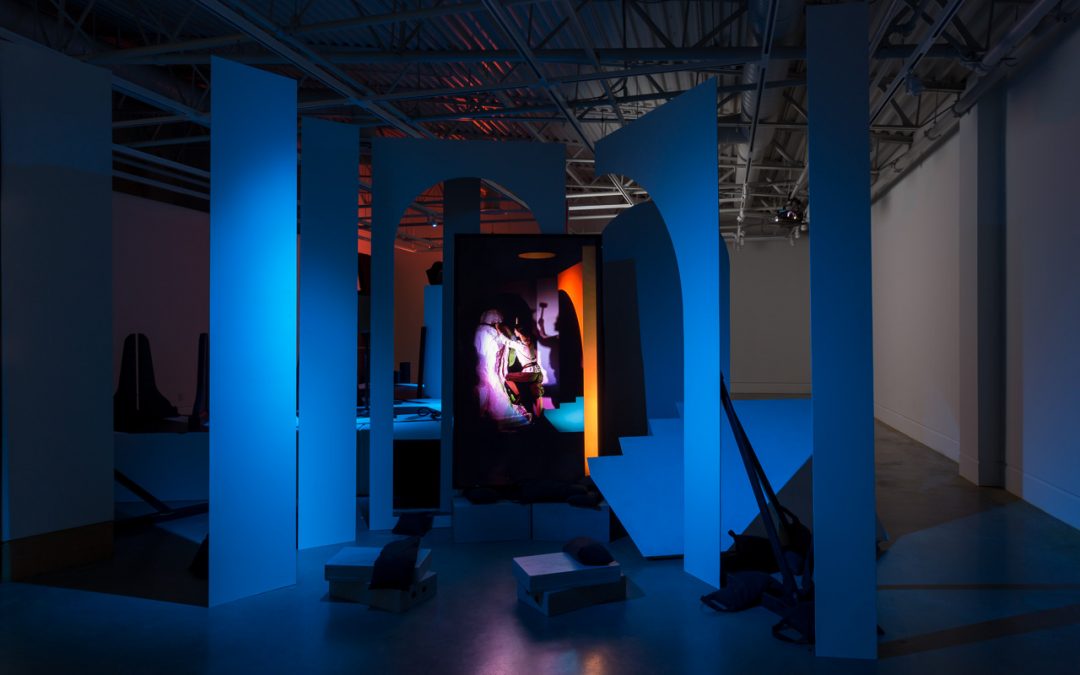 Theatre Theatre brought together four video works that live in the space where visual art meets theatre in the moment just before the curtain rises and the moment just after it falls. Building upon the Evergreen Cultural Centre’s unique position as home to the only professional theatre and art gallery in the region, the exhibition drew together the multiple disciplines that have come to define the Evergreen’s artistic history and contribution to the communities its programs serve.

Theatre Theatre took the theatrical curtain as its starting point. In the theatre, prior to a performance, the curtain hides from the view of the spectator the material facts of a performance: actors, props, sets, and so on. In other words, it obscures the scene of the action. The spaces behind or in front of a closed curtain are spaces of anticipation about what is to come once the curtain is raised. The four videos, by Deborah Edmeades, Adad Hannah, Oliver Husain, and Carol Sawyer, were presented in a unique mise en scène within the gallery, through which, alone and together, the works referred to the setting that they collaboratively created. While each video was presented in its own setting, all the works shared the same gallery environment, where the interplay of light and sound from each work created the environment for all the works. Through an examination of work by contemporary artists who engage in themes of performance and theatricality, the presence of the curtain was made visible. Artists played with the space where the curtain lies, creating active engagements that made the curtain present, and in doing so found a way to mediate the distance between fictive and factual knowledge, which the curtain hides and reveals. 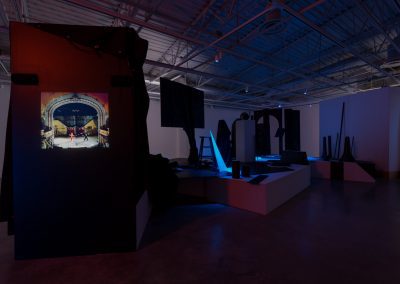 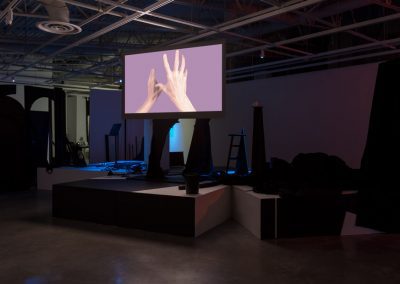 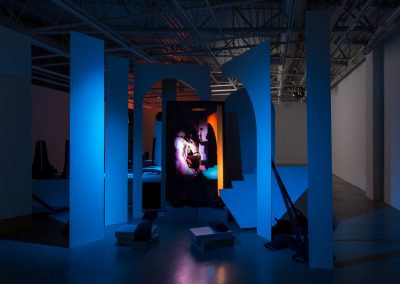 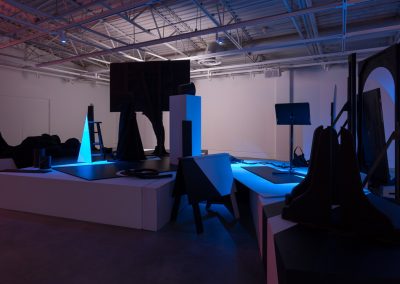